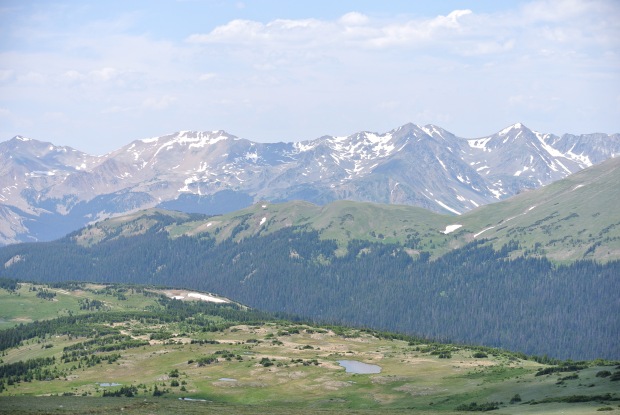 Steamboat Springs, Colorado is an ultimate destination for any time of year and any kind of person.  For my wife and newborn son, there are hot springs, restaurants, shops, art galleries, botanical gardens, hot air balloon rides and a hot tub that comes with almost every available condo.  For me there is all that AND, the Yampa, Elk and Colorado Rivers as well as plenty of small alpine spring creeks all full of trout.  So, I booked a condo for three nights and started dreaming of huge hooked jaw brown trout.  Being a member of the Rocky Mountain Angling Club, I also reserved a stretch of the Yampa River for myself on the Hogue Ranch just west of Steamboat.  Being a relative newbie to fly fishing Rocky Mountain waters, not much thought went into selecting the location.  With plenty of options I randomly selected the Hogue Ranch out of my RMAC book because, of course: Private water = Big and plentiful trout.  And off we were.

I even managed to coax my wife into stopping for a night in Estes Park so I could fish the Big Thompson River one morning with my uncle John, who was in Estes Park for the week.  The bargain was, we could fish half a day on the Big T if I put her up in the historic Stanley Hotel.  This is the Hotel that The Shinning was filmed and reportedly the place was haunted although, we failed to have any ghostly encounters.  I got off work and we loaded the family SUV and headed to Estes Park.  After a beer with my uncle, we decided to meet at 5 Am and head to a spot on the River that John had scouted out.  Now, for those of you that don’t know my uncle John, you are really missing out.  He is a character to say the least.  The guides at Kirk’s Fly Shop in Estes would be irate to hear this but, John devised a rather ingenious plan to find the best fishing hole.  In the chill of the early morning as he headed to the River, he passed Kirk’s Fly Shop and noticed two men waiting out front of the fly shop.  It suddenly occurred to John that these men were waiting for their guide to show up and take them fishing.  John hadn’t had too much luck the two days before, only catching a handful of fish each day.  So, he seized upon the opportunity and, pulled into the parking lot of the local library to wait on the guide to show up.  Shortly after, the guide arrived and the three headed out to some super-secret fishing hole.  As stealthily as a private investigator, John tailed the trio until they pulled off the road and parked on a public stretch of the Big T.  So as not to alert the guide to his intentions, he just drove on past.  After a few miles he made a quick U-turn and returned to the guide and his clients who were oblivious to his deceptive maneuvers.  John fished the rest of the day near the three even asking advise from the guide.  Now, I must state that I don’t condone his actions but, it makes for a hell of a story.

The next day, we were the first two anglers in the water on a 12 mile stretch east of Estes Park. The water was swift and clear and the air was crisp.  We both tied on an ant imitation dry fly that John had caught fish on the previous day and went to town.  I immediately got a hit on the ant but, the small fish failed to take the bait.  For the next few hours neither of us got as much as a look from a trout.  We worked up and down the river from a run of rapids down to where the river forked and emptied into a small pond.  Being hardheaded and partial to dry fly fishing I refused to fish subsurface.  Even when John switched to a pheasant tail and caught a trout on his first cast, I refused.  When the sun got on up and burnt away the morning chill, I tied on one of Charlie Craven’s Hoppers and headed up stream slamming the bug hard on the surface of the water and then letting it drift to the end of my line.  Eventually, the toilet flushed underneath my hopper and the arc of my rod told me that I had a decent fish.  It turned out to be a pretty good fish for the Big T and, after a short fight I had the 14 inch Brown Trout in my net.  For the majority of fly fisherman that is nothing to get excited about but, for me it is a serious accomplishment.  Used to fishing the tailwaters of Arkansas, I had become a just a little bit discouraged by the selective and wary mountain trout I’ve been chasing for the last 9 months.  It took me 6 months of fishing to catch my first fish here in Colorado and, that was during a caddis hatch on the Arkansas River, a situation even a city slicker could make hay in.   Since then, I haven’t been able to do much good only getting one here and there.  We fished until 10:15 without any more action. 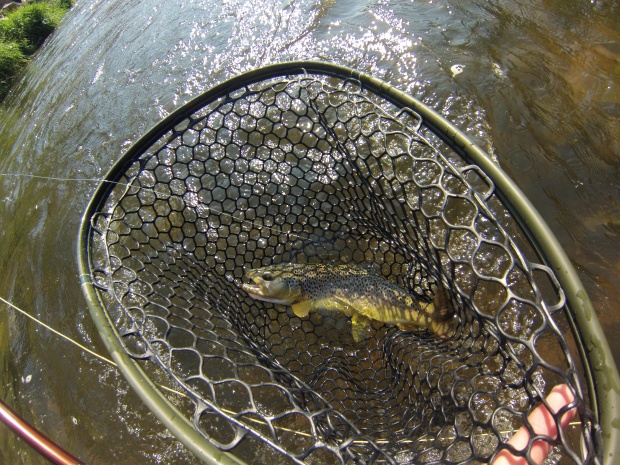 We made it back to the Stanley Hotel at 10:58 (2 minutes before checkout) and, after a little scolding from my wife we headed through Rocky Mountain National Park toward Steamboat Springs.  It was beautiful drive over the Gore Range and down to the Colorado River where we saw a mother Moose and her calf.

The next day we took a family hike up to Fish Creek Falls and then up Mad Creek which dumps into the Elk River North of Steamboat.  I took my fly rod and had a blast catching the six inch brookies that dart up to grab anything that looks like a fly.  They are super easy to catch and a lot of fun.  Without those little guys, I would have been totally skunked in Steamboat. 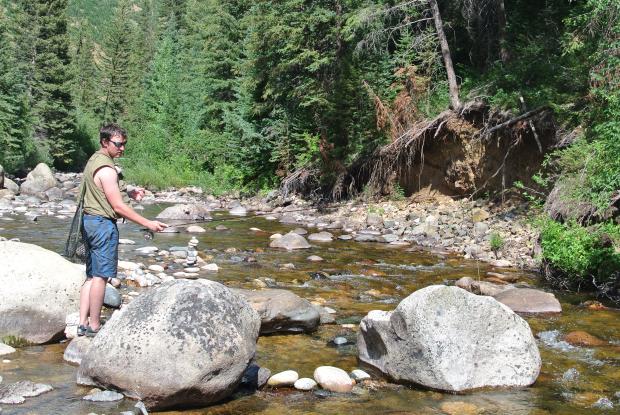 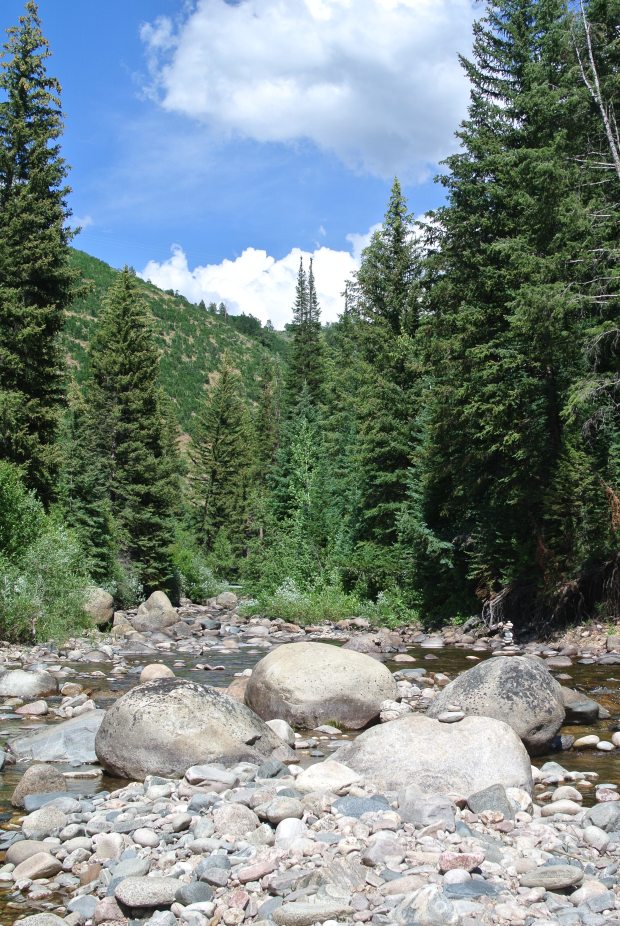 That evening, I casted a number of different dries to rising trout on the Yampa just west of town without any luck.  The next day, I fished the private water of the Hogue Ranch from 8 am to noon and then from 2 to 4 PM with only one bite.  That stretch of water is super high in nutrients which affords the trout a steady diet of leeches and other underwater critters.  With so much food underwater, they rarely look up for bugs floating on the surface.  On top of that the river there is full of grass and weeds which hindered me from fishing for the huge trout there subsurface.  The combination was unfortunate and I didn’t hook the first fish.  No doubt, an experienced fisherman could have done some good there but, I had none.   I did however, see mule deer and watched a bald eagle that was being harassed by crows.  I had a good time despite not catching a thing. 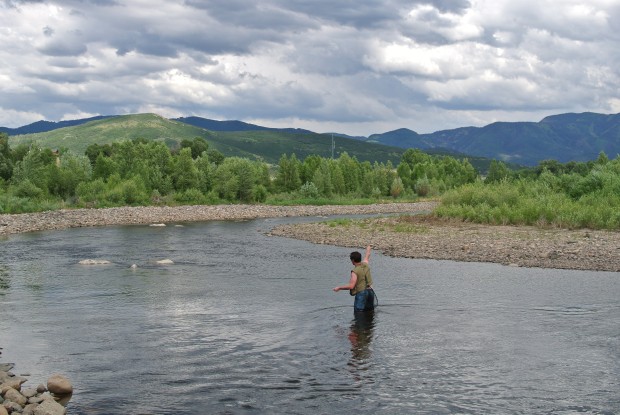 The experience was  a little disheartening and further convinced me to hire a guide and speed up the learning curve before my fragile ego is damaged much further. 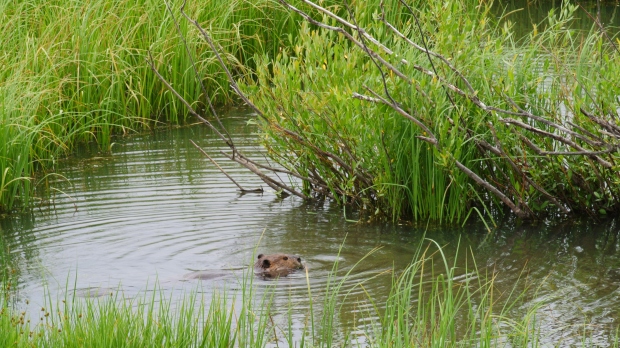 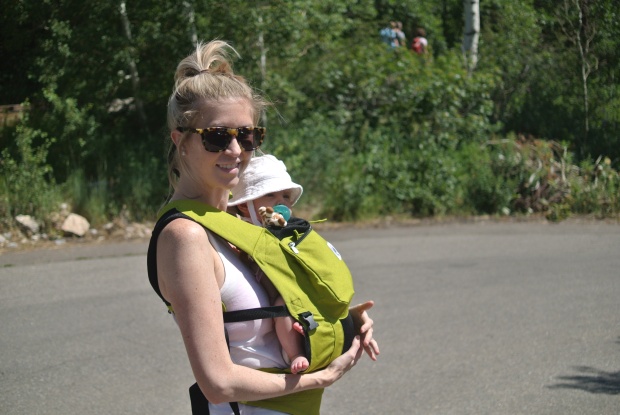 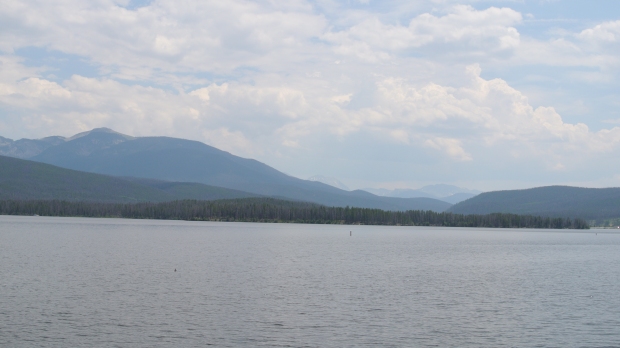